My name is Anaïs Remili (She/Her). I am a PhD candidate in my last year at McGill University, in Montréal, Québec. I am passionate about the oceans and our impact on them. I absolutely love whales, and I decided to dedicate my life to their conservation. 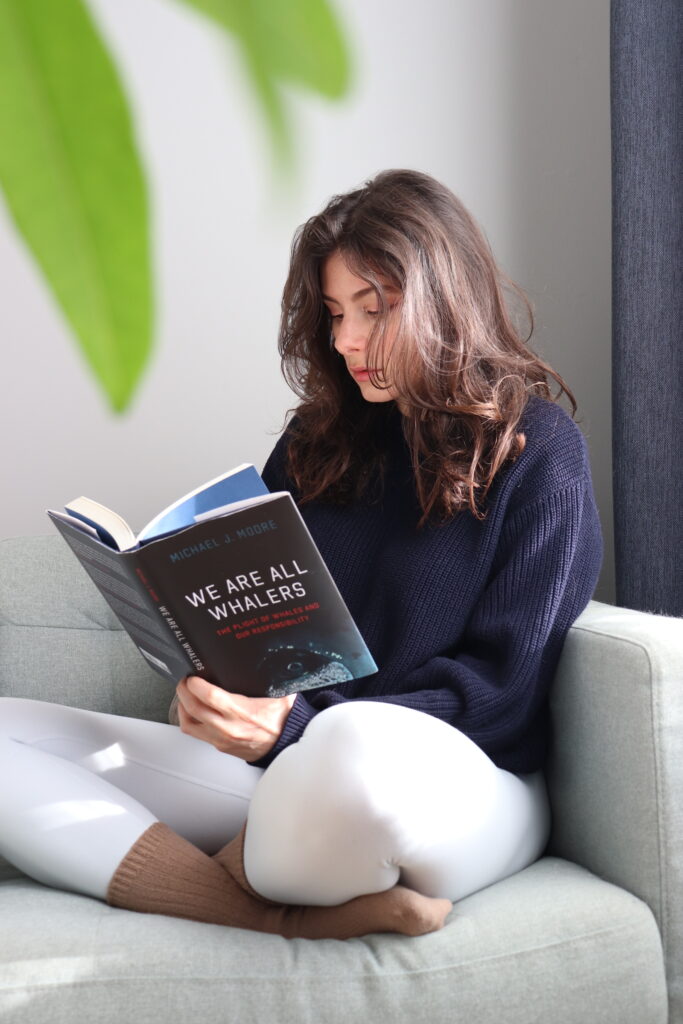 From the French Alps to Quebec...

I was born and raised in the French Alps, far from the oceans. My fascination with the marine world started very early, and with the rise of Google, this fascination quickly turned into an obsession. As I studied the careers of great oceanographers, I quickly realized that I would have to leave my home one day, learn English, and get a PhD if I was to have any chance of becoming a great researcher. So I worked hard on my science classes and English. After finishing high school in France, I began a year of exchange in a school in Michigan, USA. My immersed year in America helped me improve my English like nothing I had imagined.

After coming back to France, I did my undergrad at Claude Bernard University in Lyon. The summer of graduating, just before starting my master’s, I did a research internship in Italy to study whales and dolphins. It was my first real research experience. Being at sea with cetaceans only reinforced my desire to become a marine mammalogist. I spent three months navigating on the heavily polluted Mediterranean Sea which made me reflect on plastic and chemical pollution and how it may affect whales and dolphins.

My master’s program (Marine Environment and Resources) managed by the European Commission included three semesters of à la carte courses and a final semester do complete a thesis. I focused my curriculum on marine mammal ecotoxicology: the relationship between the diet and pollution in marine mammals. I got to help one of my professors with dolphin necropsies and saw the direct effect of contaminants on their bodies. It convinced me to focus my research efforts on protecting the ecosystems from chemical pollutants.

I started each semester in a new country (France, Spain, and Belgium). I also did an internship between my two years in the USA, where I grew humpback whale cells from skin biopsies and tested the effect of heavy metals on the cells’ mitosis. In Belgium, my marine mammal professor offered me a thesis on the trophic ecology and industrial pollutant contamination in Antarctic humpback whales: a dream come true!

During my master’s thesis work, I remember analyzing a sample of killer whale blubber in the contaminant lab in Antwerp. It was a sample from a newborn individual who had stranded on the German coast. I ran this sample with my humpback whale extracts. When I measured the killer whale contaminants, they were so concentrated that we had to dilute the extract a million times to measure them accurately. I realized how contaminated killer whales are, compared to other animals. Through their position in the food web, they accumulate large quantities of contaminants like pesticides and flame retardants that affect their reproductive and immune health. It made me want to study killer whales more than anything else.

I met my PhD advisor at the end of my master’s program. She offered me a PhD project on killer whales contaminants and feeding ecology in the North Atlantic Ocean. I immediately said yes, and flew to Quebec to start a new life. The rest is history. 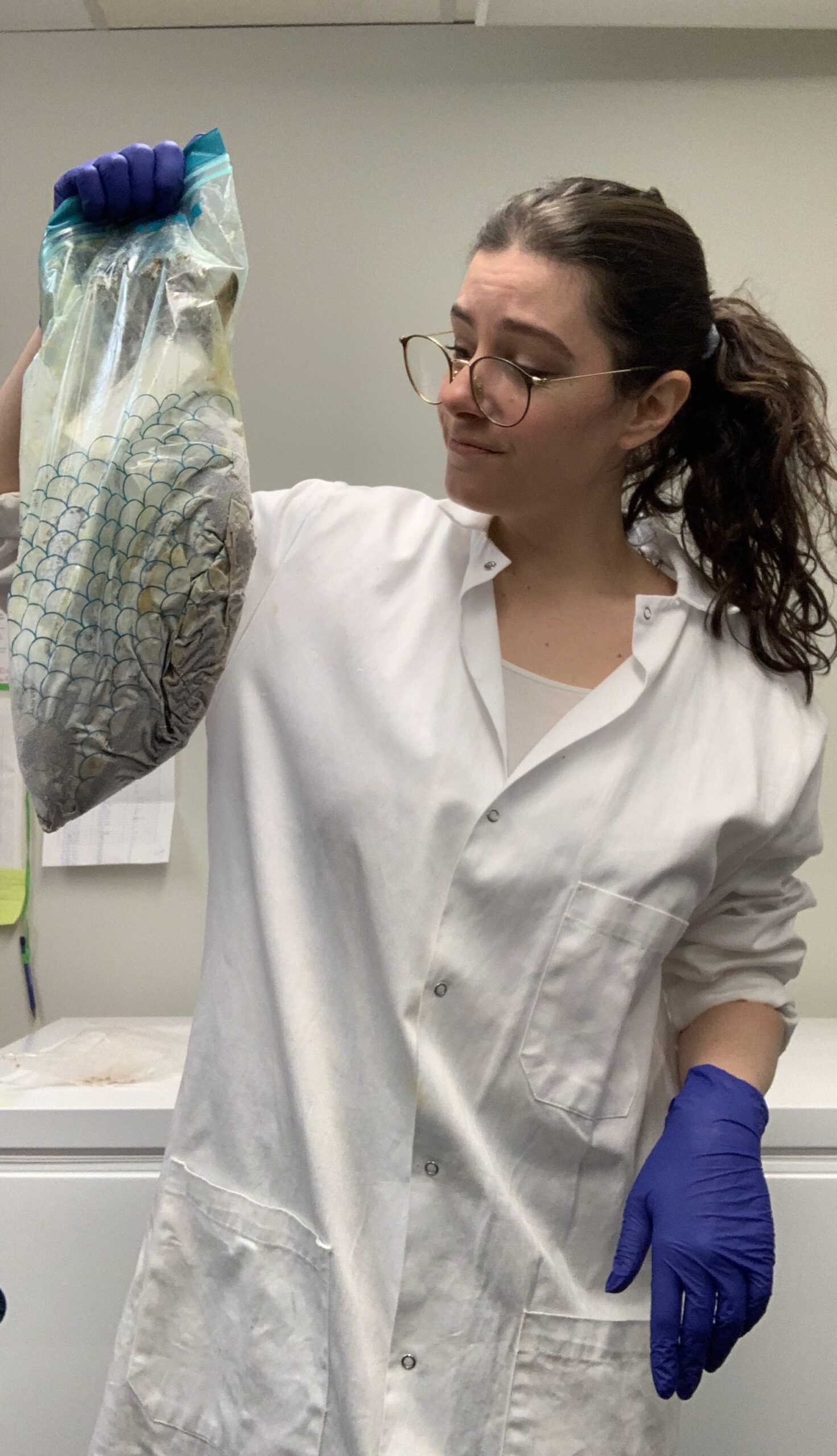 With a bag of *stinky* mackerel from Iceland. 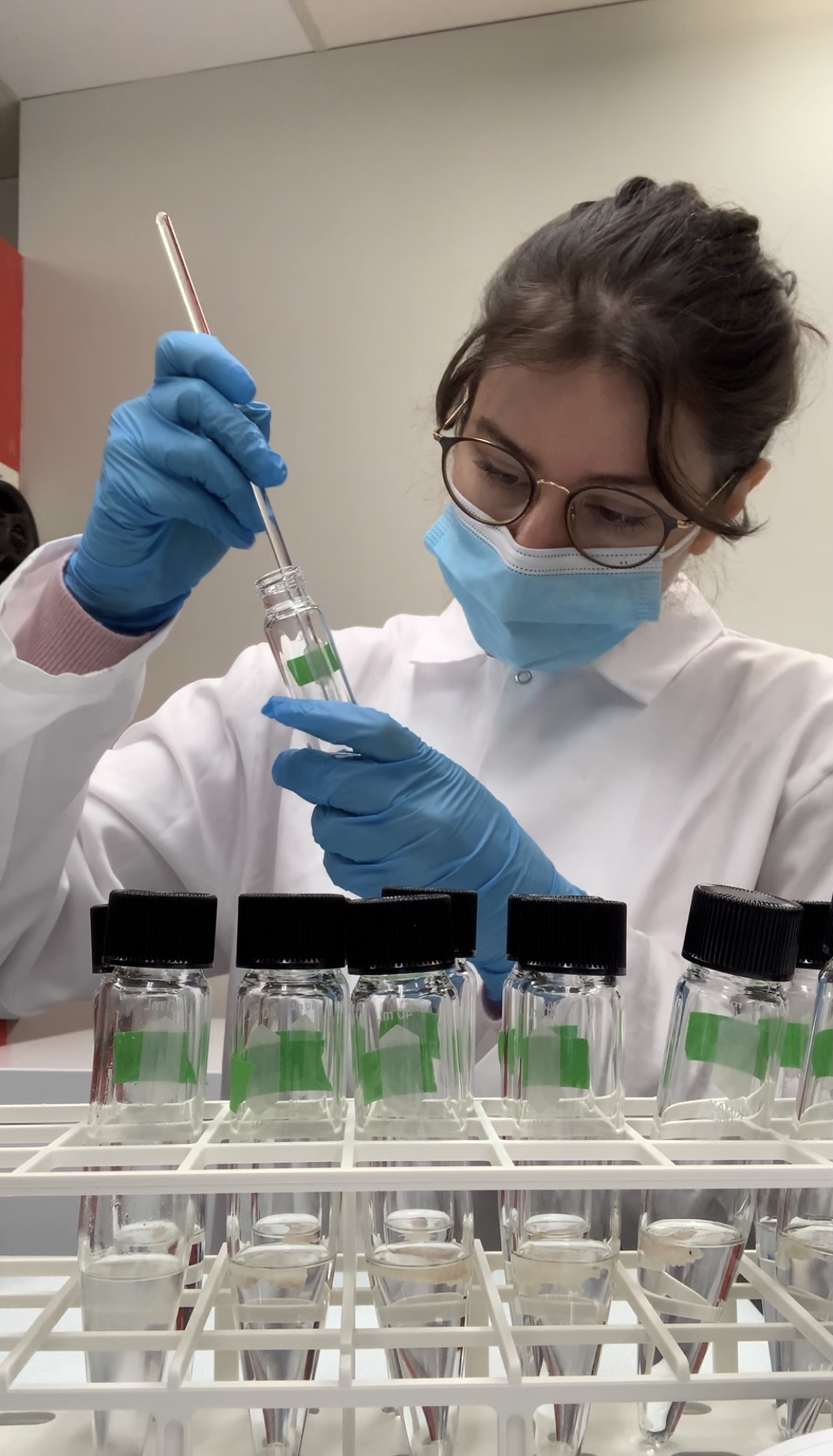 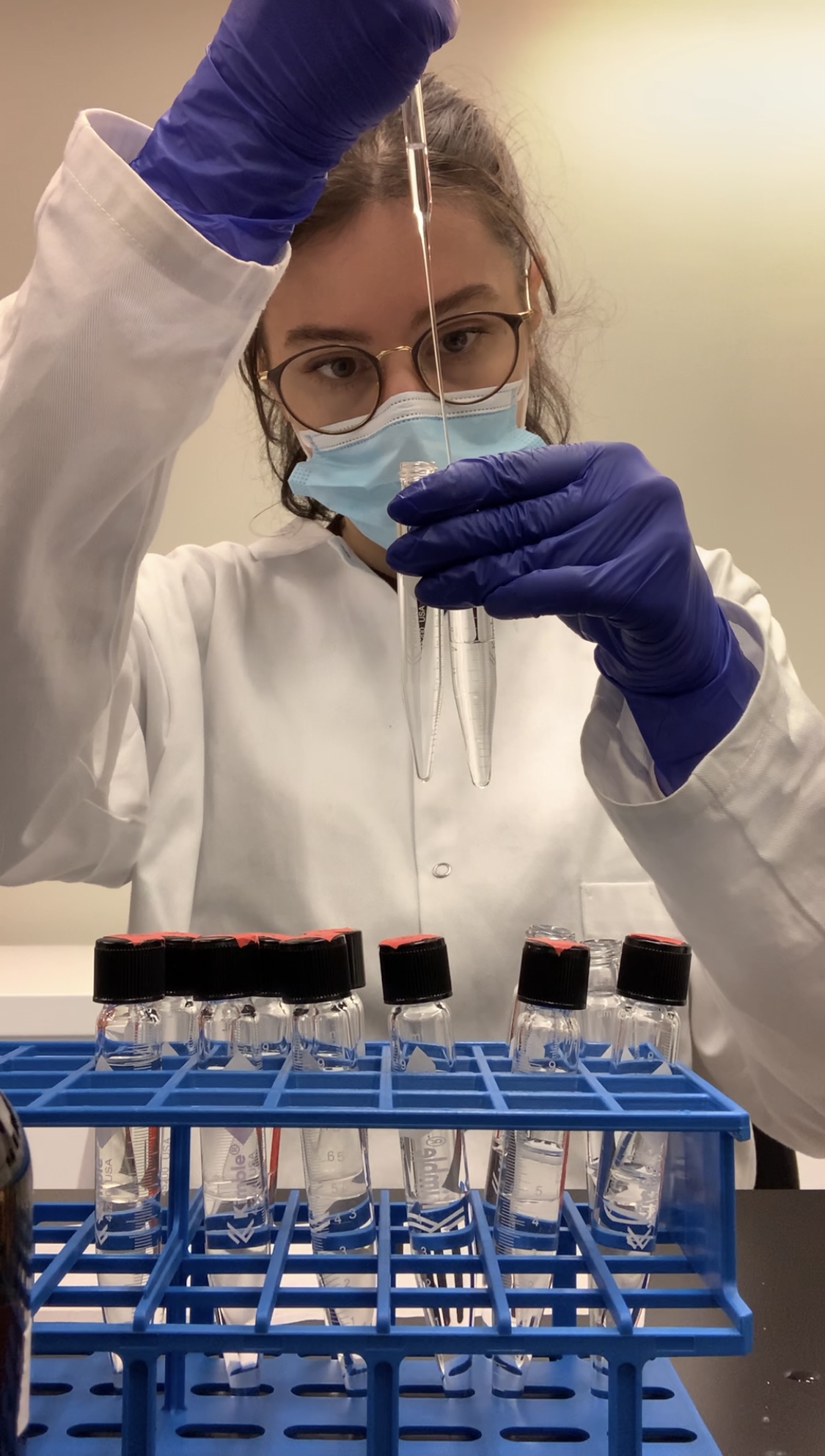 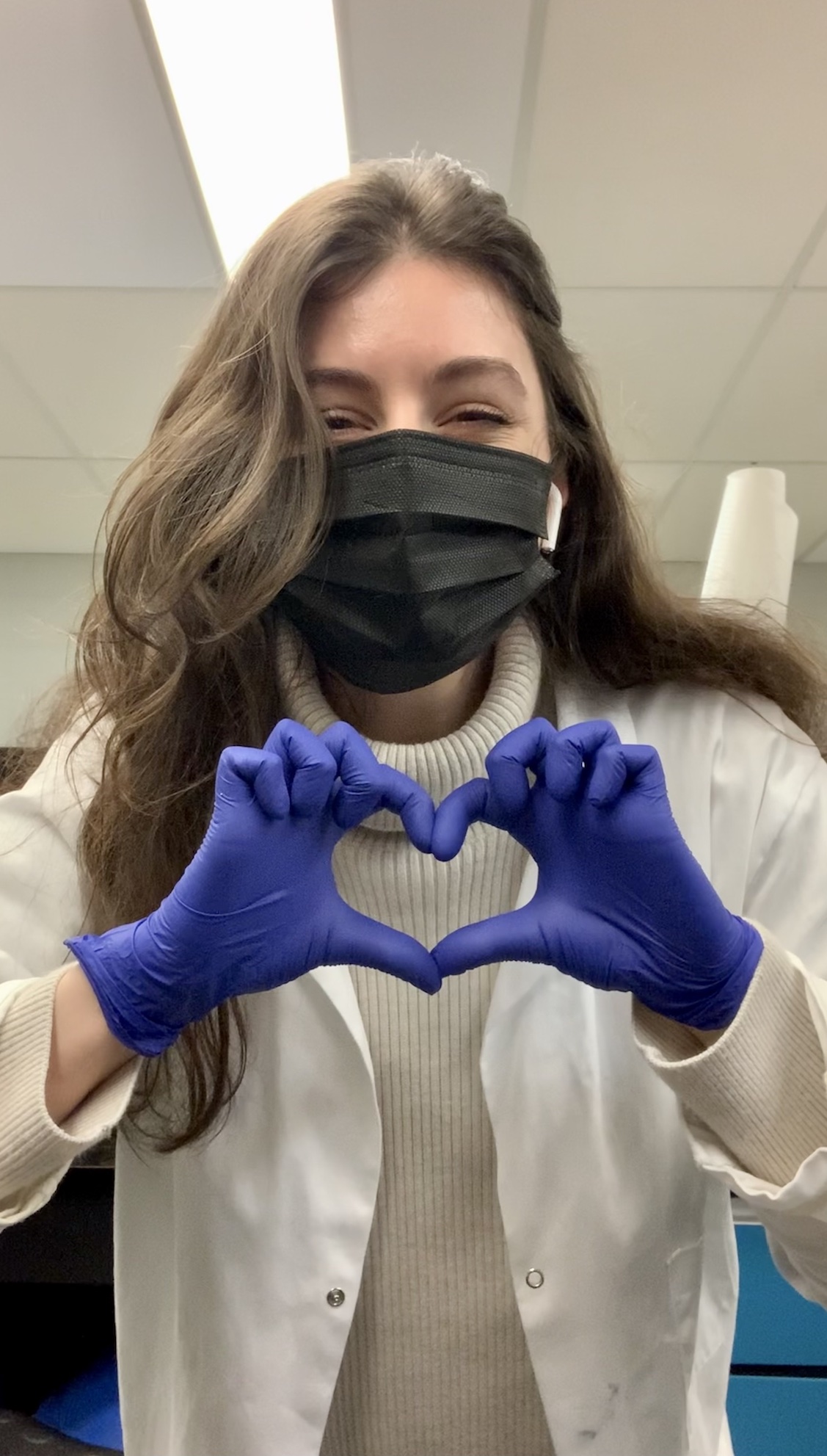 Long days in the lab